Japan – Building On a Rich Heritage 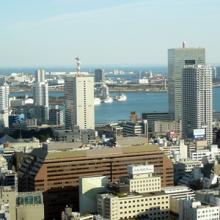 Although Christians only number around 0.5 per cent of Japan’s population, many have an understanding of Israel and aliyah.

A key to this is a passionate prayer movement which began in the 1930s and spread from Japan to other eastern Asia countries. I saw this zeal to see the return of the Jewish people to Israel when I spoke at an Asia Messianic Forum in Tokyo in 2011 and it has increased since then.

Japan has a history of compassion towards Jewish people. In 1938 General Kiichiro Higuchi rescued 20,000 Jews who were freezing to death in Manchuria (in modern north-eastern China) after fleeing Hitler’s Germany. The Japanese government helped them as they passed through the country to safe havens in the USA and Shanghai, southern China. Christians provided for their material needs and comforted them.

Ebenezer Japan has a growing prayer network. In sharing about our work we usually begin with the prophetic Scriptures. Revelation from God’s Word brings understanding and increases support for the work of aliyah.