Rawlings-Blake sworn in as mayor 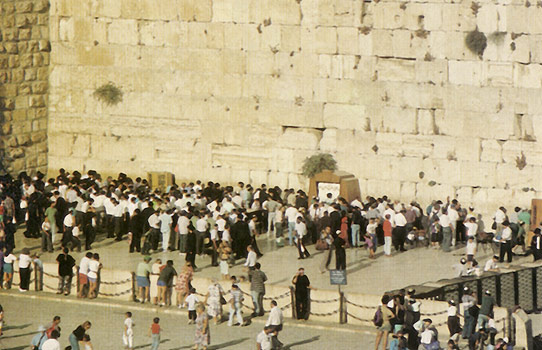 Stephanie C. Rawlings-Blake was sworn in as the 49th mayor of Baltimore Thursday afternoon, pledging to “build a better, safer, stronger Baltimore.”

“We will keep what works and fix what doesn’t in city government so our people emerge stronger,” she said after a brief ceremony at City Hall.

The 39-year-old, who had been president of the City Council for the past four years, assumes the office vacated by Sheila Dixon, who resigned as part of a plea deal resolving her criminal case. 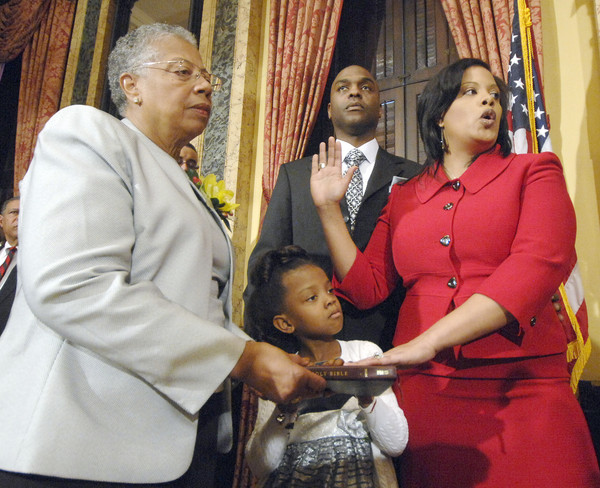 “None of us asked for this moment, but all of us must accept the challenges and hard work that come with it,” Rawlings-Blake said.

The daughter of the late Del. Howard P. Rawlings, one of the state’s most renowned leaders, she became the youngest person ever elected to the council in 1995.

She has promised to strengthen ethics laws and maintain public safety while addressing a record budget shortfall. About 150 city residents have been assigned to transition teams to conduct a “robust and comprehensive review” of city government, Rawlings-Blake’s said. A report of their findings is due to be released March 5.

Two of Dixon’s deputy mayors, Andrew B. Frank and Christopher Thomaskutty will continue in their current roles. The fate of Deputy Mayor Salima Marriott is unclear. Dixon’s spokesman, Scott Peterson, and chief of staff, Demaune Millard, were laid off, as were other administration members, including many from the office of neighborhoods.

The venerable City Hall building appeared very much in transition yesterday as movers bustled about with dollies and stacks of boxes. While Dixon had agreed a month ago to resign, she remained mayor until yesterday when she was officially sentenced to probation and community service for a conviction of embezzlement and a guilty plea to perjury.

At City Hall, workers hoisted a new blue seal, bearing the words “Mayor Stephanie Rawlings-Blake” in the mayor’s conference room. In the entranceway, Dixon’s photograph had been removed and Rawlings-Blake’s hung in its place. The city web site was down for at least an hour and relaunched bearing the name and face of the new mayor.

Rawlings-Blake wasted little time getting down to business, convening a meeting of agency heads and other cabinet members yesterday afternoon.

“One of the first things I want to make clear is how I like to operate,” she said. “And that is with mutual respect. There is no room, particularly in this time for our government for ‘them against us.’ I am a firm believer in collaboration and …I hope that your work for the city reflects that as well.”

There are vacancies in the top positions in three city agencies, which many attribute to cloud that hung over City Hall during the past year. It is not clear how many agency heads will remain permanently and how many remain employed on a contingency basis. The new administration has not issued a list of current staff members.

She asked cabinet members to aid the new council president so that he might have the “same seamless transition that was afforded to me.”

Bernard C. “Jack” Young, a 14-year-veteran of the council, is expected to be elected as council president at Monday’s meeting. At least nine of the 14 legislators have announced their support for him.

Until then, Councilman Ed Reisinger, the vice-president, will serve as acting president. Yesterday afternoon, he sat in the president’s seat in council chambers, joined by several council members, as he practiced the protocol for officiating Monday’s meeting.

At the morning ceremony, City Court Clerk Frank M. Conaway administered the oath of office to Rawlings-Blake, who was surrounded by her immediate family, including her mother, Nina Rawlings, and husband, Kent Blake.

When Conaway instructed Rawlings-Blake to raise her right hand and place her left on a Bible, her six-year-old daughter, Sophia, did the same.

It was a moment of levity in an otherwise austere ceremony. Only relatives, selected city officials, including the city council members and Comptroller Joan M. Pratt, and some members of the media were invited to the opulent mayor’s ceremonial room for the event.

The mayor’s daughter, mother and husband all wore matching shades of dove and charcoal gray. The girl whispered “Mommy!” and handed her mother a corsage of yellow lilies as the ceremony was about to begin.

An elderly aunt, Rebecca Scott, the sister of the mayor’s father, collapsed just after a prayer offered by Rev. Bruce Haskins, a cousin of Rawlings-Blake. The incoming mayor caught her aunt and helped her into a chair.

Scott revived and mouthed “I’m sorry” to her niece. After the ceremony, paramedics arrived to attend to her.

Rawlings-Blake signed her name in a registry of mayors in a large, leather-bound book. Immediately above her name was a the signature of Sheila Dixon — large and full of flourishes — and accompanied by the notation, “a term of four years to expire Dec. 6, 2011.”